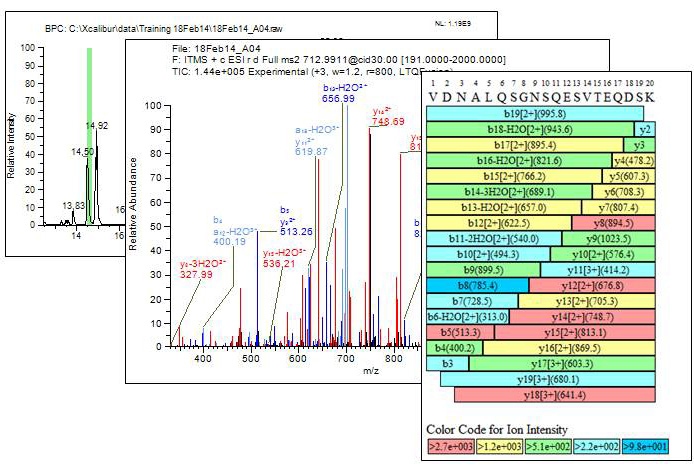 The addition of the LUMOS™ will enable Eurofins Lancaster Laboratories to provide higher quality data to clients and move into new areas of service within bio-characterization and bioanalysis that were not previously possible.

The instrument, which is manufactured by Thermo Scientific, contains three mass filters that make it a Tribrid™ and enable the instrument to simultaneously perform a number of operations (parallelization). The three modules include a quadrupole for filtering ions, a linear ion trap that can store ions and that can provide MS2 daughter ion scans and higher order MSn scans, and finally, the classical Orbitrap Fourier Transform Mass Spectrometer (FTMS).

Early quadrupole mass spectrometers could achieve unit mass resolution. In laymen terms this means that a quadrupole MS can discern a mass of 200 Da from a mass of 201 Da. In contrast, the LUMOS™, according to the specification, has a resolution at full width half maximum (FWHM) of 500,000 at m/z 200. Theoretically, the LUMOS™ can resolve a mass of 200.0000 Da from a mass of approximately 200.0004 Da. In addition to the increased resolution, the LUMOS™ offers high sensitivity for detecting small quantities of proteins and peptides, and fast scanning speeds.

Initial uses for the instrument will focus on bottom-up analysis, mass analysis of large proteins, and in top-down analysis. In the classical bottom-up analysis of large proteins such as a mAb, proteins are first digested with an enzyme to produce peptides. A digestion of a mAb may produce 60-70 peptides which are then fragmented to identify both the peptide and any modifications present on the peptide. The LUMOS™ can perform this task at a faster rate with improved sensitivity when compared to other commercial mass spectrometers.

The LUMOS™ will increase the capability to accurately measure the molecular mass of large proteins and antibody drug conjugates because of increased sensitivity and accuracy. With a scan range of up to a mass to charge (m/z) ratio of 6,000, the LUMOS™ surpasses existing capabilities of our previous Orbitraps and QTOF mass spectrometers and will now enable analysis of mAbs in their native state.

Top-down analysis on large proteins is now achievable using mostly electron transfer dissociation and high energy collision dissociation capabilities. In the top-down technique, intact proteins are fragmented to produce MS2 spectra detailing the peptides in the protein. This approach is used for peptide mapping  and does not require an enzyme digestion, which often can cause modifications such as oxidation or deamidation to the protein. Although complete sequence coverage has not been demonstrated on large molecules such mAb, complete sequence coverage has been demonstrated on proteins up to approximately 30 kDa, including the light chain of a mAb.

The addition of the Orbitrap Fusion™ LUMOS™ Tribrid™ Mass Spectrometer will allow Eurofins Lancaster Laboratories to better serve the proteomics and genomics customer in areas of identity confirmation and modification evaluation within a multitude of biologic product offerings.