Monitoring must be conducted using EPA method 218.6 or EPA method 218.7, with a detection limit for reporting (DLR) of 1 ug/L and a holding time of 14 days.  Additionally, the laboratory must be certified by the California Environmental Laboratory Accreditation Program (ELAP) for hexavalent chromium for the method being used.  If a utility already has data on source waters (groundwaters only) within the last two years, those data can be used to fulfill the initial monitoring requirements.  Note that UCMR3 data cannot be used to meet these requirements because UCMR3 requires that entry points (not source waters) be tested.

The California drinking water program has provided guidelines for grandparenting of data.  The criteria below must be met to have previous monitoring results grandparented, in lieu of a CWS or NTNCWS taking a source sample no later than January 1, 2015.  If all the criteria are met, the results may be used to fulfill the initial monitoring requirements, if the PWS chooses. 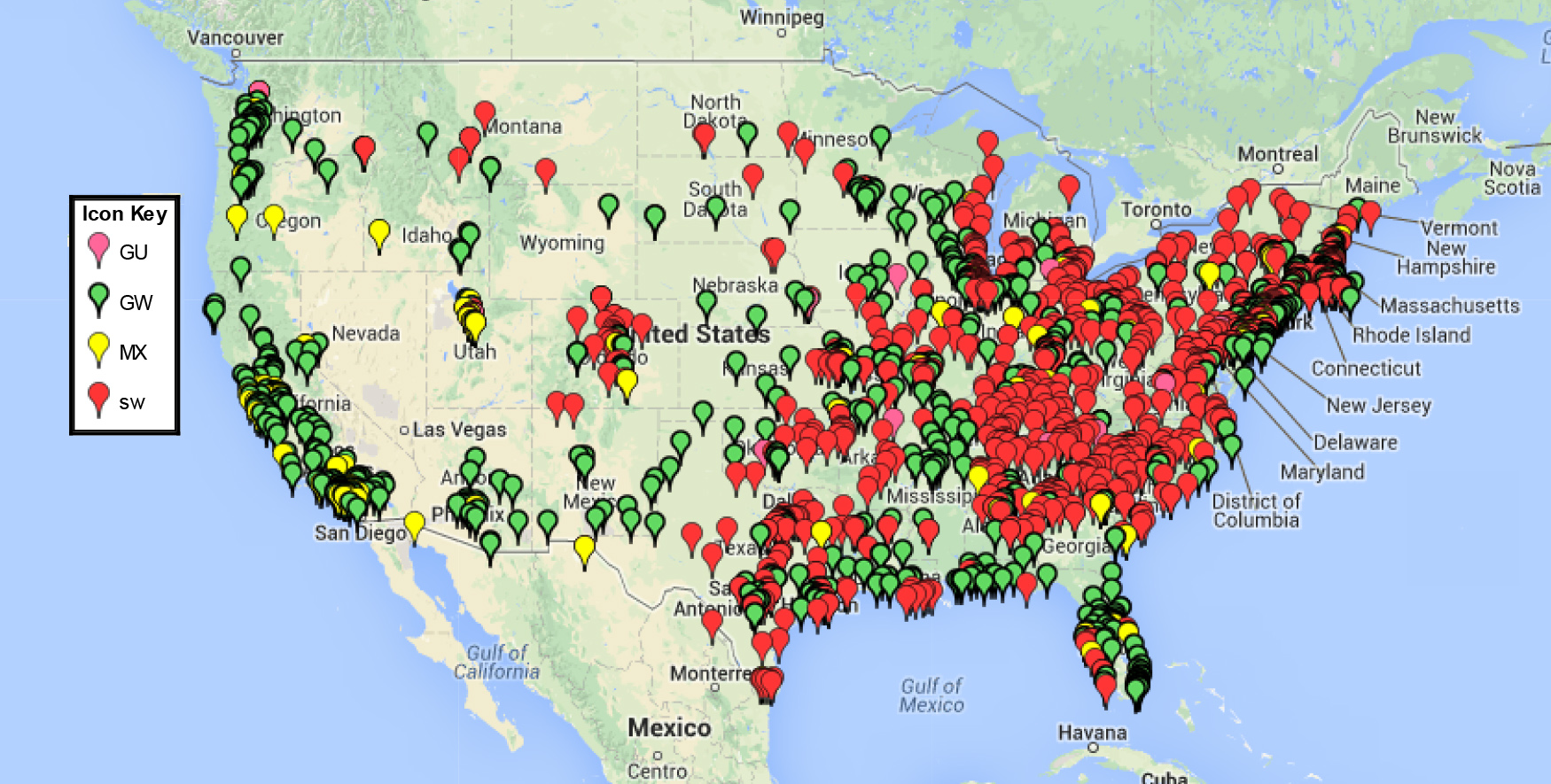 In July 2011, OEHHA finalized a public health goal of 0.02 ug/L for hexavalent chromium.  To demonstrate the ability to meet this stringent reporting level, Eurofins conducted an LCMRL determination for Cr (VI) and also has been routinely including a reporting level check (MRL Check) in each analytical run to verify accuracy and precision at these low levels.

Eurofins routinely performs analysis of hexavalent chromium in drinking water using EPA method 218.6 and 218.7 (ion chromatography with post column reaction) with a 0.02 ug/L reporting level (level to which calibration is performed to ensure accuracy). The calculated MDL (determined over multiple days) is <0.02 ug/L.  As part of EPA’s initial evaluation of hexavalent chromium in drinking water, Eurofins was asked to assist with the method validation tasks for method 218.7. We were one of the first labs to receive approval for EPA method 218.7 for the (UCMR3) monitoring program. Since the beginning of the UCMR3 monitoring, we have analyzed over 6,000 samples from across the country. Eurofins has presented papers and talks on hexavalent chromium analysis at conferences across the country, including ASDWA, the AWWA Water Quality Technology Conference, and ACE.

In response to the Environmental Working Group study released on December 20, 2010, EPA developed temporary guidance for utilities on monitoring hexavalent chromium in water supplies, suggesting monitoring of both entry points and distribution systems. Currently the Safe Drinking Water Act (SDWA)regulates total chromium at a level of 100 ug/L, except for California, there is no regulation specific to hexavalent chromium.

In May 2012, EPA decided to include both hexavalent chromium and total chromium in UCMR3 and require monitoring from all utilities serving >10,000 people. Eurofins received approval for both total chromium and hexavalent chromium for the UCMR3 program. UCMR3 monitoring began in 2013 and is scheduled to last through the end of 2015. Currently, results of more than 17,000 samples are available in a public database as of April 2014. More than 75% of samples have detectable hexavalent chromium, indicating this as a nationwide occurrence issue. Systems with groundwater sources have much higher levels than those using surface water sources.

Eurofins includes a reporting level (0.02 ug/L) spike with every analytical batch to ensure accuracy at the low level now required. Acceptance criteria at that level are 50-150%, but actual recoveries are consistently between 75-125%. The lab also includes LCS and matrix spikes at 2 ug/L with each analytical batch. Quality control criteria for this method are extremely rigorous. Acceptance criteria for laboratory control standards (LCS) and matrix spikes (MS) are 90-110%.  We try to adhere to these criteria, even though the EPA limits for method 218.7 are broader.  Additionally for method 218.7, the laboratory must verify the absence of free chlorine for each sample and verify that the pH is above 8.0.

Samples are collected with a buffer consisting of ammonium sulfate/ammonium hydroxide to stabilize the hexavalent chromium for an extended period of time. EPA's guidance for method 218.6 allowed up to 5 days before 218.7 was promulgated and extended the holding time to 14 days for UCMR3. California now recognizes a 14 day holding time for hex chrome, regardless of which method is used.

In the NPDES wastewater program (40CFR136), if the pH of the sample is 9.2 to 9.7 after adding buffer and as necessary sodium hydroxide, the approved holding time is 28 days. Sodium hydroxide typically contains traces of hexavalent chromium so it is difficult to achieve low reporting levels (e.g. 0.05 ug/L) if sodium hydroxide is added to samples to adjust the pH.

The public health goal is 0.02 ug/L as of July, 2011. However the State of California established a reporting limit of 1 ug/L in 2001; therefore most of the data in the California state database shows a 1 ug/L reporting limit (DLR), regardless of whether the lab was able to report to a lower level and thus its usability may be limited. This reporting limit was established prior even to the original 2008 proposed PHG of 0.06 ug/L and has not been revised downward, in spite of the lower final PHG. Eurofins Eaton Analytical reports to the PHG and can thus provide utilities with information that may be critical for future treatment decisions, even while data in the CDPH database is still showing a 1 ug/L DLR.